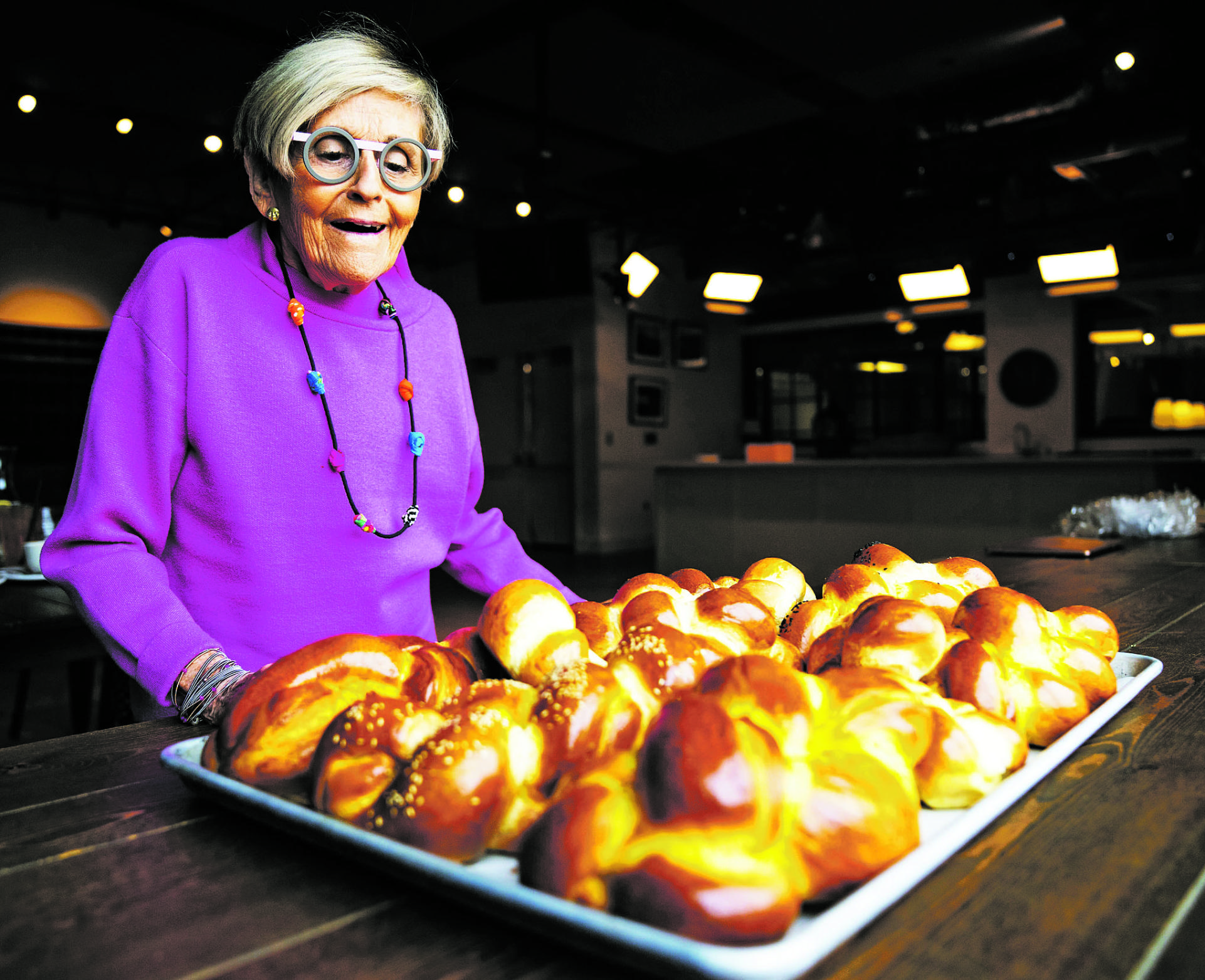 Sue Zelickson’s influence and advocacy for the Twin Cities food scene are just as big as the crowds she draws. 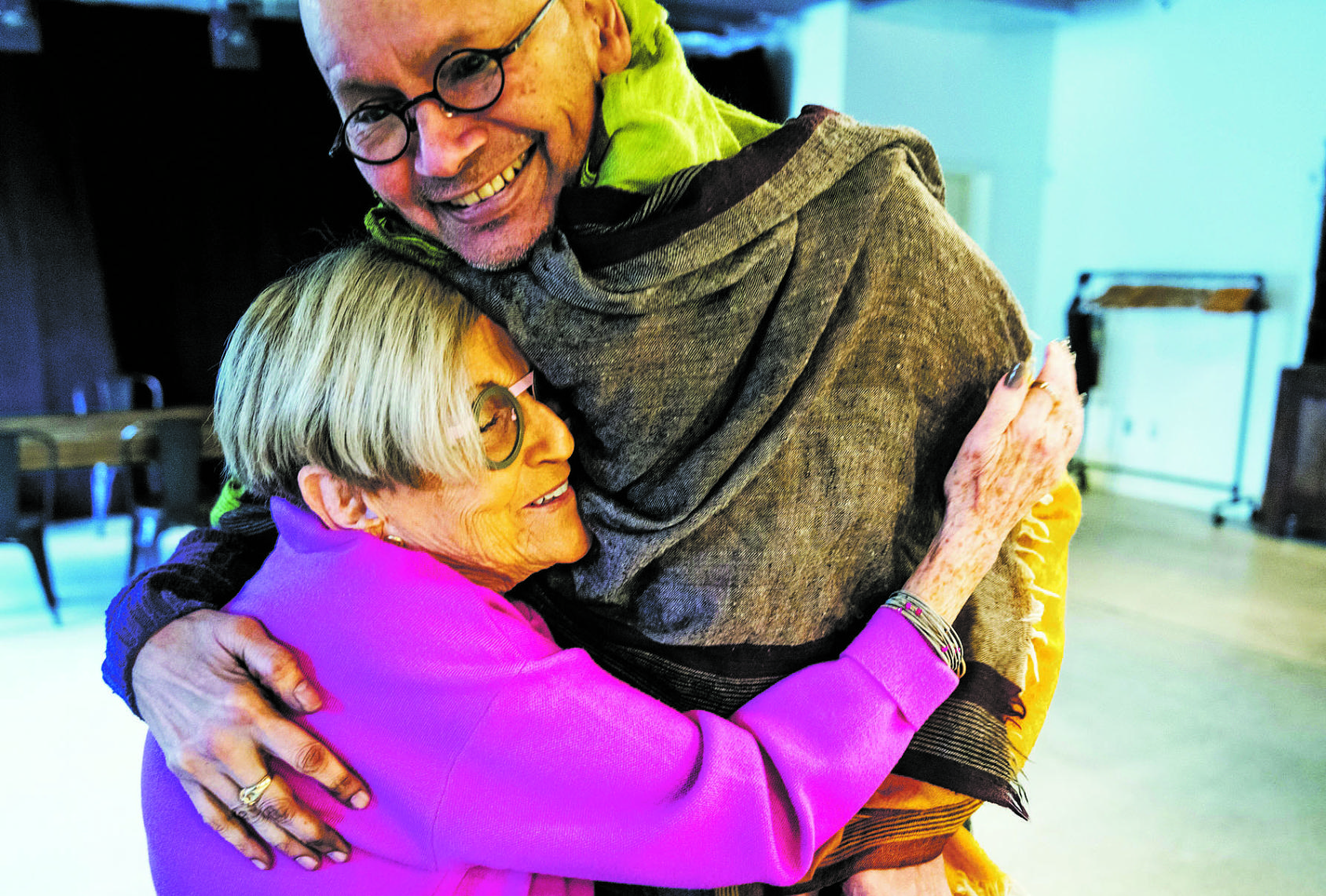 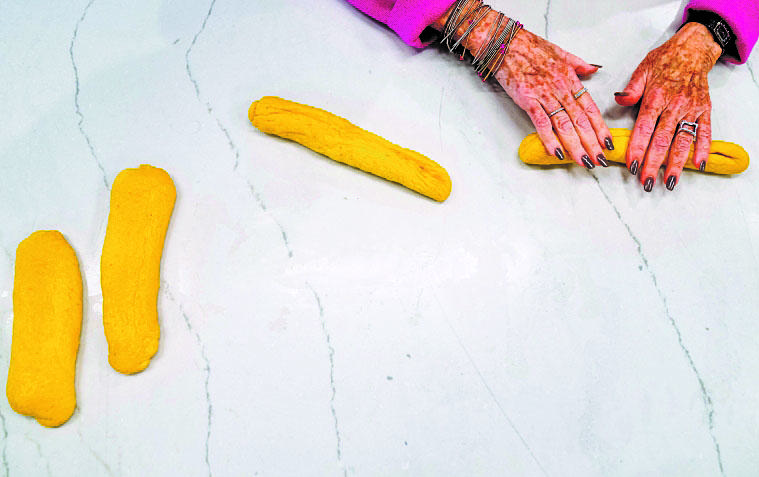 The new chef had been in Minnesota for only three weeks, plucked from the East Coast for a prime job running the pastry program at a Minneapolis bakery/cafe. But Jeremy Intille had already heard about the one person they needed to meet — the ultimate influencer.

They arranged a baking demonstration, a chance to get to know each other. It was a golden opportunity for one of the newest faces on the Twin Cities food scene to meet with one of the oldest.

In walked an 88-year-old woman, supported by an arm belonging to one of her entourage, for an appointment to make challah with Intille, the Lynhall’s new pastry chef.

Intille approached with an outstretched hand and said, “You must be Sue.”

It doesn’t take long for newcomers in therestaurant world to figure out who the power players are, and chief among them is one whose reputation looms large over her 4-foot- 7-inch frame.

Broadcaster, writer, philanthropist, socialite, supporter and, importantly, connecter, Sue Zelickson has worked in and around the local food scene for 50 years. Before there was social media, before there were DMs, Zelickson was the link — if you were lucky enough to get an introduction. And she still is.

“It’s fun when you connect people,” she said.

“Nobody says no to Sue,” said Gavin Kaysen, the acclaimed Minneapolis chef. He learned that the hard way, when he was opening his first restaurant here in 2014. He planned the Spoon and Stable opening for the same night as the Charlie Awards, the local culinary honors founded by Zelickson.

“She requested to have a cup of coffee with me and to talk about it, and she asked me to move my opening date,” Kaysen remembered. “I said no, and she was so mad at me. She hated me.”

Zelickson forgave, but didn’t forget.Eight years later, the story was still being rehashed among a crowd of journalists at a preview of Mara, Kaysen’s newest restaurant in the Four Seasons hotel.

“It all ended up working out, but it was pretty funny,” Kaysen said. “I just kept saying, ‘I’m sorry. Sue, I’m sorry, you’re right.’ Now she loves me, and I love her.”

He and so many others. That’s because more than anything, she’s a booster for the restaurant world; bold yet warm. A matriarch with a purpose.

The art of asking

She credits her mother — a great bridge and mah-jongg player — for her ever-growing collection of contacts in the food world.

“She wanted me to do games, and I said to her, ‘I don’t like games.’ And she said, ‘If you don’t get into playing cards, you’re not going to have any friends.’ And so I guess all of my life, I just wanted to prove her wrong,”Zelickson said. “I have made some fabulous friends — a lot of keepers.”

When Zelickson asks a favor of one of those friends, it has a “making an offer you can’t refuse” quality to it. She doesn’t hesitate to ask a reporter for a ride to the assignment to cover her. But she’ll give them a box of Frango mints afterward.

“People do things for her, because she doesn’t expect anything from you,” said Raghavan Iyer, the legendary cookbook author, who coincidentally ran into her at the Lynhall last fall. He recalled a time that she asked him, on a tight turnaround, to help with an event for 600 people at the Mall of America.He did it, of course. “She’s one of those people that people are drawn to right away. I’ve always loved her.”

Though easily delighted, she is a straight shooter who wins over confidants with her honesty.

“She knows, she sees, she tells me,” said Brenda Langton, the former Cafe Brenda and Spoonriver restaurateur and founder of the Mill City Farmers Market.

Zelickson is so used to making and using her hospitality connections that she will do it even when she thinks the ask is a bit unorthodox. Recently, Temple Israel requested her help with an event featuring Deb Perelman, the Smitten Kitchen blogger and cookbook author. They wanted Zelickson to ask Kaysen to interview Perelman on stage. “They said theSmitten Kitchen, but I thought they said the Smitten Kitten [a Minneapolis sex-toy store],” Zelickson said. She was surprised they’d want Kaysen for such an event, but didn’t hesitate. “I said, ‘Well, I’ll ask him!’ ”

From teacher to mentor

Zelickson grew up in south Minneapolis, where she worked at her dad’s drugstore and soda fountain — until he fired her for making the wrong change. She graduated from Washburn High School and spent two years at the University of Wisconsin in Madison before graduating from the University of Minnesota with a degree in early childhood education.She taught in Minneapolis with a twoyear stint in Beaufort, S.C., while her husband, Al, served in the U.S. Navy.Dr. Alvin Zelickson, a dermatologist, died in 2021 at age 91.

Back in Minneapolis, Zelickson increasingly got into the local culinary scene between substitute teaching jobs.

She traces her love of food and dining to her grandmother, an exceptional home cook Zelickson compares to Ina Garten. She grew up eating food that was of a quality she knew she could never replicate. “I couldn’t cook it that good, so I thought I would go out and support restaurants,” she said.

On her CV, under the unassuming header “Things I started,” there are no fewer than two dozen organizations she founded, fundraisers she chaired and positions she held — all of them centered on food.

She began her broadcasting career in the 1970s with an appearance on KSTP-TV, and shortly thereafter landed the job of food reporter on WCCO Radio, where she hosted “Food for Thought” for 25 years. She’s contributed to most of the Twin Cities’ local media organizations, including a decadelong food column for Minnesota Monthly. She founded the Charlie Awards, the Twin Cities version of the James Beard Awards, and launched the Food and Wine Experience for Minnesota Monthly. She edited 10 cookbooks, many of them as fundraisers, and donated her vast cookbook collection to the St. Paul College Culinary Arts Program. Shecreated Kids Cafes for the Boys and Girls Clubs and Perspectives Family Center; and the networking organization Women Who Really Cook. She won a James Beard Award for best local radio show in 2005, and was inducted into the Minnesota Broadcasters Hall of Fame in 2015.

And last year, she was the recipient of the Lifetime Achievement Award from the International Association of Culinary Professionals. The award goes to “an individual who has spent their career in service to enrich a culinary world.” That honor came as a true surprise to her — she found out she had won only after it had been announced.

“I like getting awards that you don’thave to do anything for,” she laughed.Despite all the accolades, Zelickson — blisteringly funny — stays humble.When a friend complimented her on a recent magazine photo shoot, she replied, “I guess when you get to be old, I just keep thinking I look like one of my aunts.” Either way, her look is iconic. The round spectacles she always wears, in an array of colors, are so familiar that an illustration of them is part of her email signature.

And wherever she goes, a celebration tends to follow. She can hardly finish one conversation before an acquaintance sneaks in to start another one. It helps that Zelickson rarely travels without a crew. The day she arrived at the Lynhall to meet Intille, she was joined by her friend Jerrod Sumner, an editor at Minnesota Monthly; Barry Zelickson, one of her two sons; and a couple of food reporters and a photographer from the Star Tribune.

Intille had Zelickson roll out challah dough into a strand for braiding, but the log of dough was coming apart.While her friends razzed her about her strand looking like a “moldy banana,” she showed that she could take the insults, and best them. “This one looks like it needs a skin doctor,” she said.

“I don’t cook in public,” she explained. “I only eat in public.”

Though she once sold a cookie mix of her signature recipe for a thin lace chocolate chip cookie (another fundraiser), Zelickson was never known for her home cooking. Why would she be, when she was busy snapping up invites to all the new restaurants? “She’s been into food my entire life. Fortunately, I’ve been able to follow along with her and enjoy that passion,” said Barry Zelickson, 63, who has a business as a cottage baker. (Her younger son, Brian Zelickson, is a dermatologist.)

Years ago, when Spaeth, a former prosecutor, was getting ready to open the Lynhall, she was told in no uncertain terms by a mutual friend, “You really need to talk to Sue.” They met, and Zelickson bluntly tried to steer Spaeth, then a young mother, away from the grueling restaurant business.

“I couldn’t believe she said that after she’d been such a dynamo over the years,” Spaeth recalled. Spaeth learned over time that it was only Zelickson’s natural instinct to look out for the next generation of women that was talking. “I feel like Sue is the most generous female pioneer in this industry,” Spaeth said. “Sue has become like a surrogate mom.”

In fact, Zelickson was nothing but supportive. She turned up at the restaurant on opening day — and lovingly admonished Spaeth for ignoring her advice.

“I never had a daughter, so I have to steal them,” Zelickson said. “I tell her all the time not to do this and not to do that, and she doesn’t listen.”

OUT OF THE MOUTH OF SUE

Zelickson is known for her candor — and humor. Among her zingers: On her stature: “I can’t reach the top shelf at the grocery store anymore. I have to wait till somebody comes down the aisle.”

On a friend’s vegan boyfriend: “Gastronomically undesirable.”He’s now an ex. “She listened to me.”

On the development of downtown Minneapolis: “I’d like to live on top of a Trader Joe’s.”

On her grandson, whom she has tried to convince to write about food for his college paper: “He’s the one who taught me how to eat edamame beans. He was 3 years old. He still picks out restaurants for us to go to. And he loves mussels.”

On Julia Child visiting the Twin Cities: “She came to Channel 2. And she wanted to milk a cow. She had never milked a cow. So we took her over to someplace, and she was hysterical. She milked her cow for the first time. And then we took her to dinner.”